The Dromore Road Race in Co. Tyrone are celebrating 10 years of the cross- community event on Saturday 23rd June (12 noon). The successful fixture comprising of a 10K, 5K and 5K walk has gone from strength to strength and has welcomed thousands of participants over the last nine years.

McDermott’s Pharmacy have returned as title sponsors, supporting the event for the last 8 years while the charity partner is Aware NI, official depression charity in the province.

2018 has some exciting additions including having your name personalised on your race number (pre-entry only) as well as a tech t-shirt for all participants. Once again there will be chipped timing for the 10K and 5K run. The committee are urging all local runners to get their online entries in before the STRICT closing date of Friday 15th June.

The event has raised a staggering £30,000 for charity since 2009 while also donating money to the local spors centre and community initiatives. In 2012, the town joined in the London 2012 Olympics as the Torch Relay came through Dromore in June while in 2014 the route was updated to include the Riverside walk.

There could be quite a battle at the front of the field if the top two from 2017 turn up.  Stephen Duncan (Omagh Harriers), who remains unbeaten over the course and Enniskillen’s Stephen Cassidy, who recently won the Enniskillen 10K always provide an interesting dual while Conor Maguire and Paul Barbour could also fight for positions after recent performances in Strabane Half Marathon (1.17.32) and Ballygawley 10K (35.36) respectively. Former Olympic racewalker Colin Griffin (Ballinamore AC) may shake things up with a recent 2.29 performance in the Belfast Marathon.

Dromore Sports Centre will count down to the event with a free ‘5 weeks to 5k’ programme starting on Tuesday 22nd May. Group runs will take place every Tuesday (6pm) and Thursday (7pm) and all new faces and abilities are welcome.

St. Johns College in Dromore are huge supporters of the event and are entering over 20 pupils in the 5K race in 2018. The 5K Walk will see participation from the Dromore Walking and Keep Active groups.

Online Entry and full information on the race can be found at www.dromore10k.com 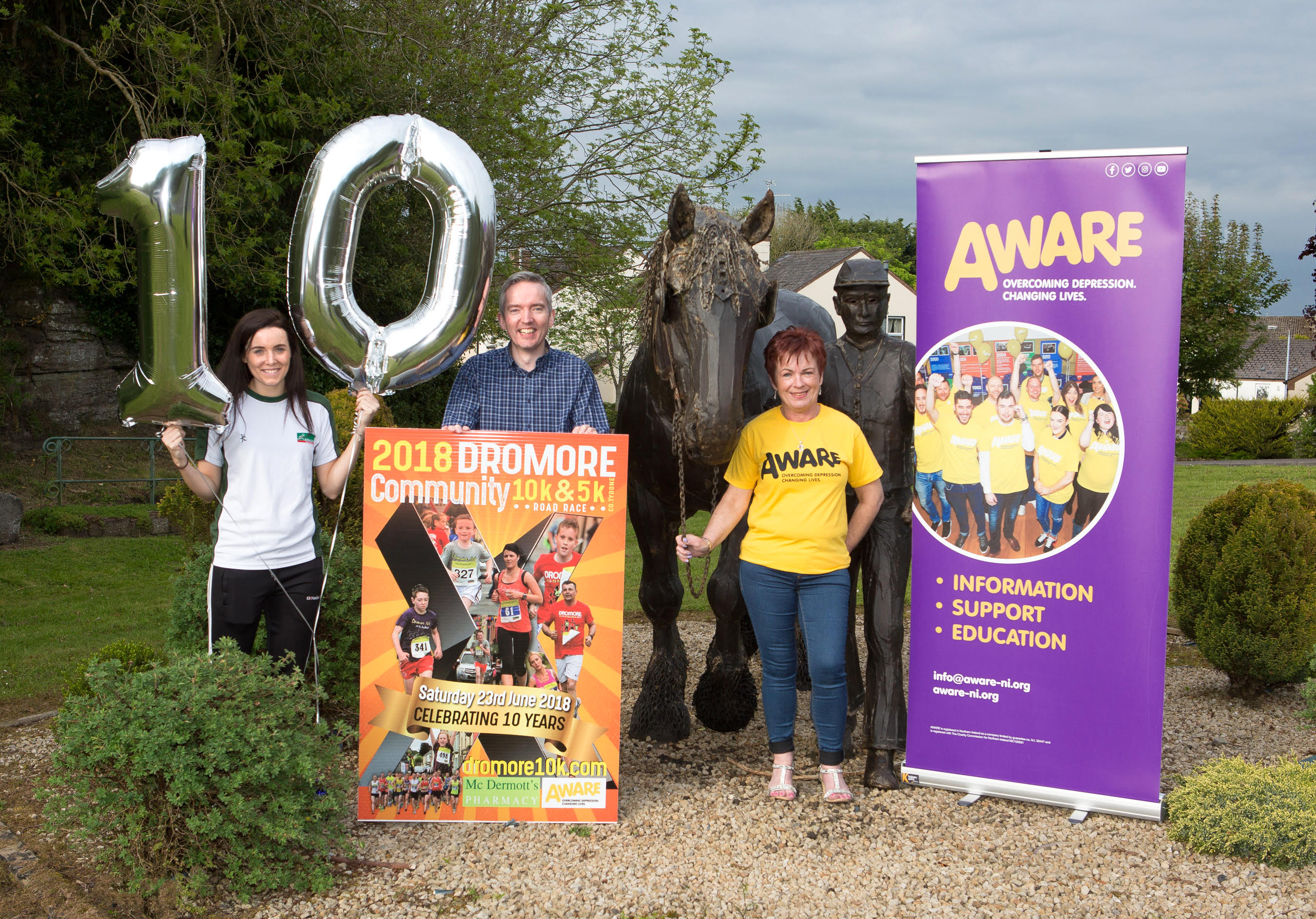 July 2, 2017
The 9th edition of the annual Dromore Road Race took place on Saturday 24th June with a fantastic turnout with just under 500 entries. The event holds a competitive 10K, 5K fun run and a 5K Walk taking in the picturesque Riverside Walk. With a DJ, bouncy castle and refreshments, the popular roiad race provided a fantastic atmosphere with many families coming out to support.

Stephen Duncan (Omagh Harriers) was immediately the favourite when he entered on the morning but had a battle up until ab...

The annual Dromore Road Race is now a firm fixture in the June road racing calendar and the ninth edition takes place on Saturday 24th June (12 noon) with a 10K, 5K and 5K walk all on offer.

The event has retained its long running sponsor, McDermott’s Pharmacy, Main Street Dromore and the committee are urging all local runners to get their online entries in before the closing date of June 16th. The route takes in the picturesque ‘Riverside Walk’ with a start and finish in the centre of t...