Posted by on Wednesday, January 18, 2012 Under: Olympic Torch Relay

The locations have been announced for the London 2012 Olympic torch relay route through Northern Ireland.

The flame arrives in Belfast on 3 June 2012 with relay runners carrying it to more than 60 towns and villages as well as a number of beauty spots.

Torch-bearers will carry the flame over the famous Carrick-a-rede rope bridge and it will also cross Lough Neagh and the River Bann.

The flame leaves Northern Ireland for Scotland on 7 June and arrives in Belfast June 3 2012 from the Isle of Man.

It will arrive in Dromore at 10.52am on Tuesday 5th June. The exact route is below:

7,300 of the 8,000 Torchbearers have been announced including the 2 through Dromore - Roisin Lynch and Stephen Doherty. View Profiles

After leaving Newry on June 6, the flame will be taken to Lisburn and Belfast.

Later that day, the torch will leave Northern Ireland for Cairnryan in Scotland.

Click to find out all about the Olympic Torch Relay 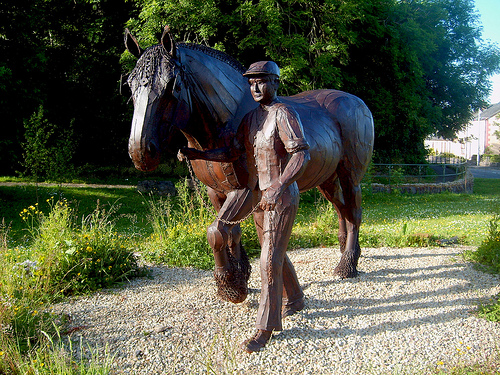 Animated flythrough showing some of the spectacular landmarks around the UK that the Olympic Torch will travel to on its 70-day journey next summer - check it out!

Dromore will be ready to 'line the streets'!!